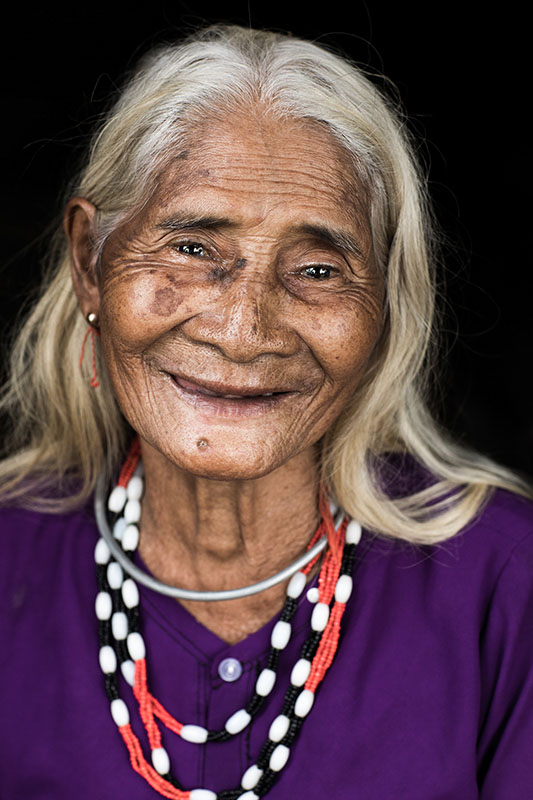 The Raglai, said to be distant cousins of the Cham, have always been a sedentary group. I went to search for them in October 2017. Only a few hours away from the glittering beach resorts of Nha Trang, their villages, nestled in the mountains and organised around stilt wooden houses with thatched roofs, offer a stark contrast. However, concrete is little by little replacing their traditional natural materials.

My encounter with this tribe was one of my most poignant experiences over the course of my search for the 54 ethnic groups. On several occasions, I have faced difficulty finding original costumes, in most cases it is due to a lack of interest from younger generations who judge the traditional costume as rather tedious to make or inappropriate for modern day living. But, in the case of the Raglai, the reason is much more complex. Their story reveals the challenging relationship that can develop between ethnic groups and national unity. After the war, many Raglai decided to burn their costumes, denying their own uniqueness to blend in with the Kinh. As a consequence, the costume – traditionally made of brocatelle – almost disappeared, and was replaced with a basic single colored sarong, or Kinh clothing. The chief of the village shared with me his concerns regarding the future recognition of his culture, a feeling shared by Pi Nang Thi Xea, 85, who entrusted me with her costume.

Believed to be islanders from the southern Indochinese Peninsula, who moved to Mainland Vietnam 2,000 to 3,000 years ago, and later in the highlands.
Get the latest news, stories and happenings in
our newsletter. Sign up Below
Facebook-f Instagram Twitter