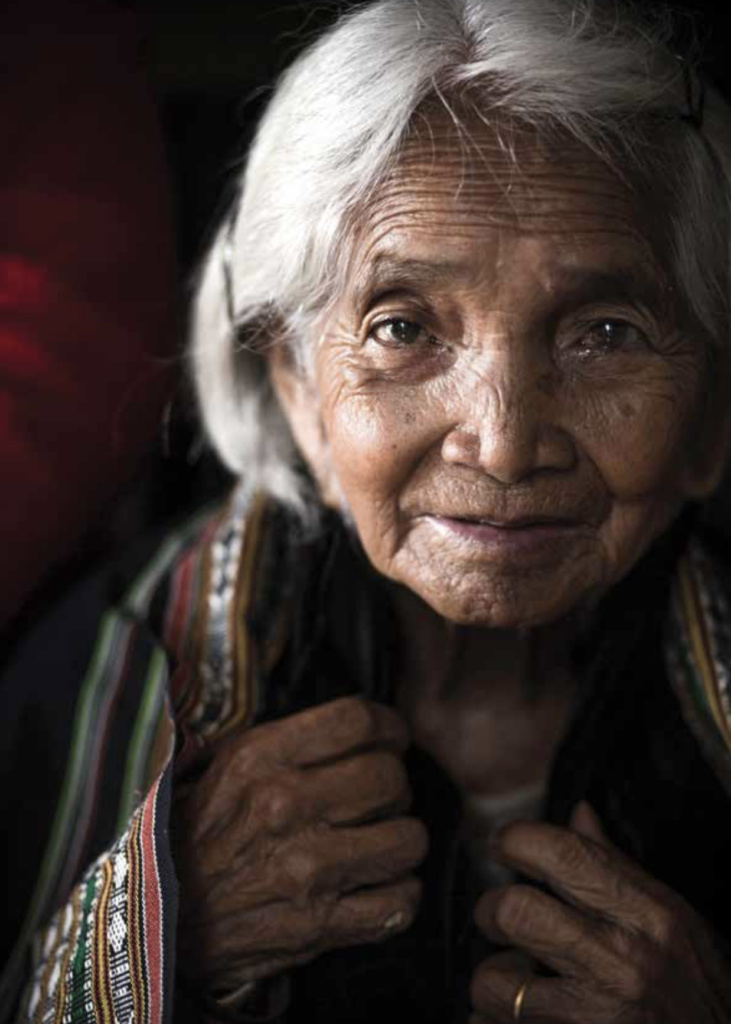 The Co Ho, K’Ho or Koho as they are known, originate from the Lam Dong province in the Central Highlands of Vietnam. I first visited the Co Ho in August 2016 and have returned many times since. It never ceases to amaze me when I catch a glimpse of their colourful homes emerging from amid the greenery of the highlands. Most Co Ho people own a modern version of their traditional dress and wear it to church every Sunday. However, according to one village chief, these traditions are falling out of favor with the younger generations along with the older ways of handcrafting the costumes.

In 2016, I was lucky to meet a woman named K’Long K’e. 101 years old and the regal matriarch of 11 children and 165 grand and great-grandchildren, she was a living link between the past and the future of the Co Ho people. I photographed her in her traditional costume, which was different than the newer versions I’d seen. Indigo-dye and hand-stitching graced her dress, which she wore draped across her shoulders like a blanket. Sadly, K’Long K’e passed away in 2017 at 102 years old. When I visited her village to pay my respects and to share her photograph with her family, I received an unexpectedly moving gift: her handcrafted blanket. She had passed this vintage treasure down to her daughter who chose to give it to me so that it would be preserved in the Precious Heritage Museum alongside the photograph of the family’s matriarch. She is gone but her bloodline and the detailed beauty of her traditional dress still remain. 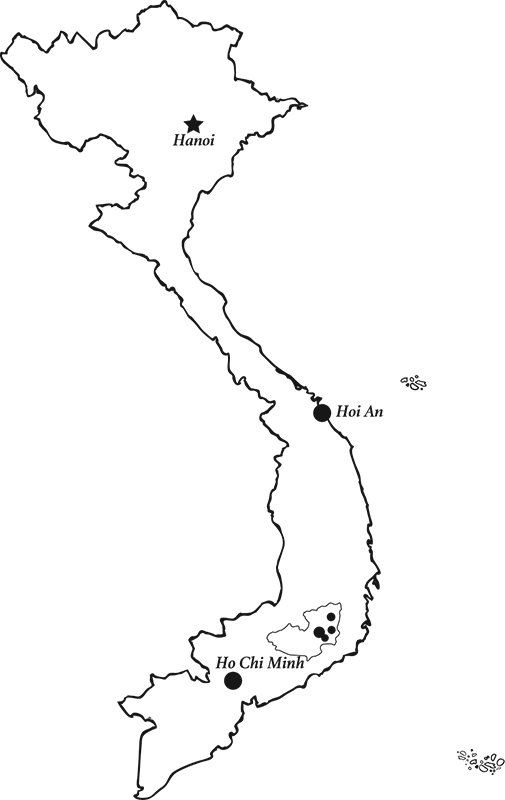